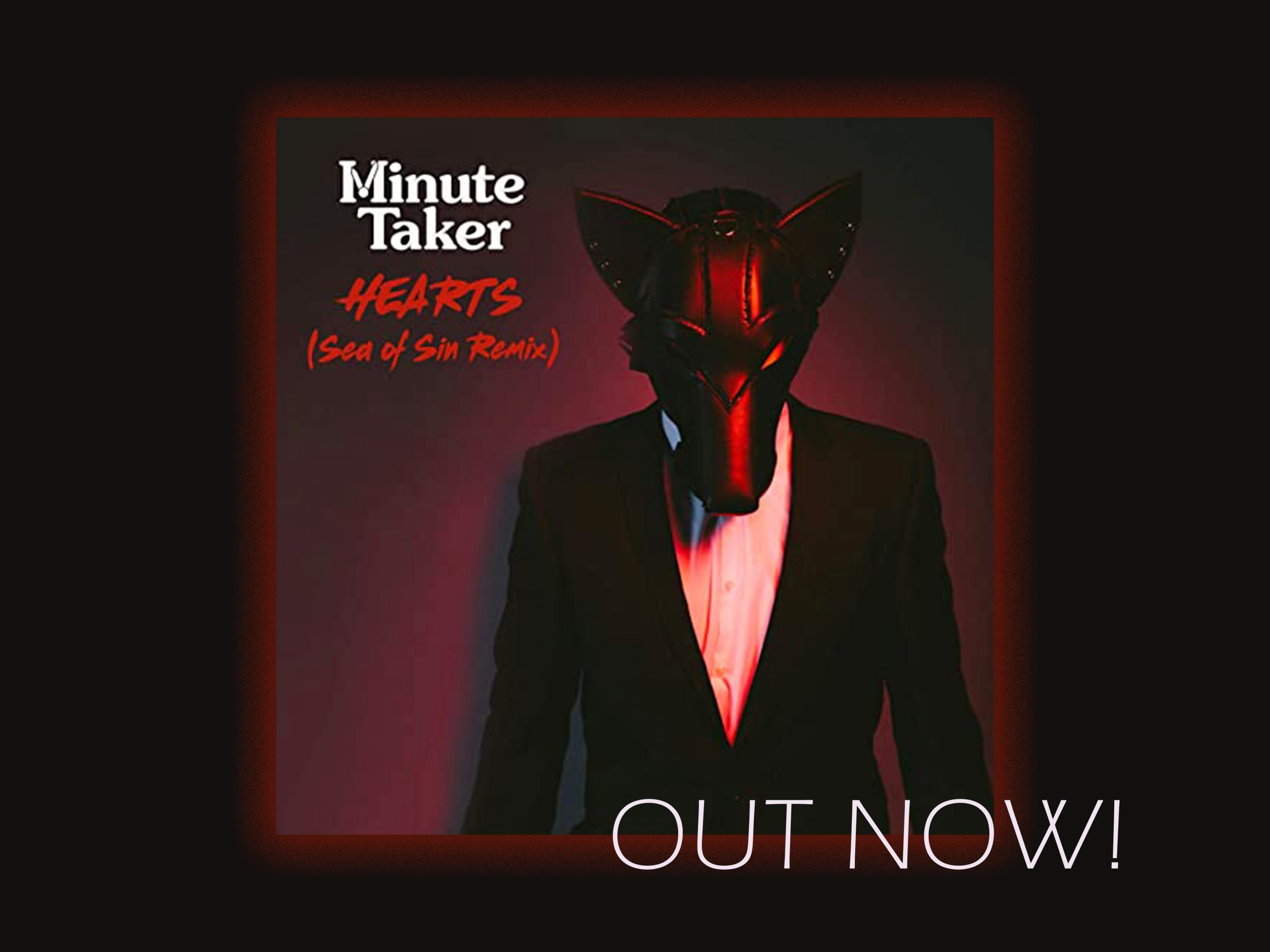 We are very happy to annouce the first SEA OF SIN Remix release this year. We collaborated with great British singer-songwriter/producer MINUTE TAKER (aka Ben McGarvey) and produced a Remix for his great Song “Hearts”. MINUTE TAKER makes what NOTION describes as “beautiful electronic-orientated pop songs” with “haunting melodies, electronic beats and soulful singing” (TIME OUT)

Besides releasing two critically acclaimed albums & several EPs, he has recently turned his hand to remixing songs for some of his favourite artists such as Yazoo & Erasure (released on Mute/BMG UK) and has created imaginative cover versions of classic songs by Kate Bush, Eurythmics, Madonna, Bjork, The Smiths & Pet Shops Boys. Find out more at minutetaker.net

Whereas the original Version shines as an uptempo Indietronica and Folk influenced Song we clearly changed the mood and appearance of the track towards a darker and more Synth / Electro influenced soundscape. We hope the Track finds its way into playlists of Indie / Dark / Synth oriented DJs.

SUPPORT INDIE ARTISTS in these challenging days – the Remix can be streamed on Spotify and is available on all relevant Digital platforms.

Many thanks for your support – we hope You like the Remix!