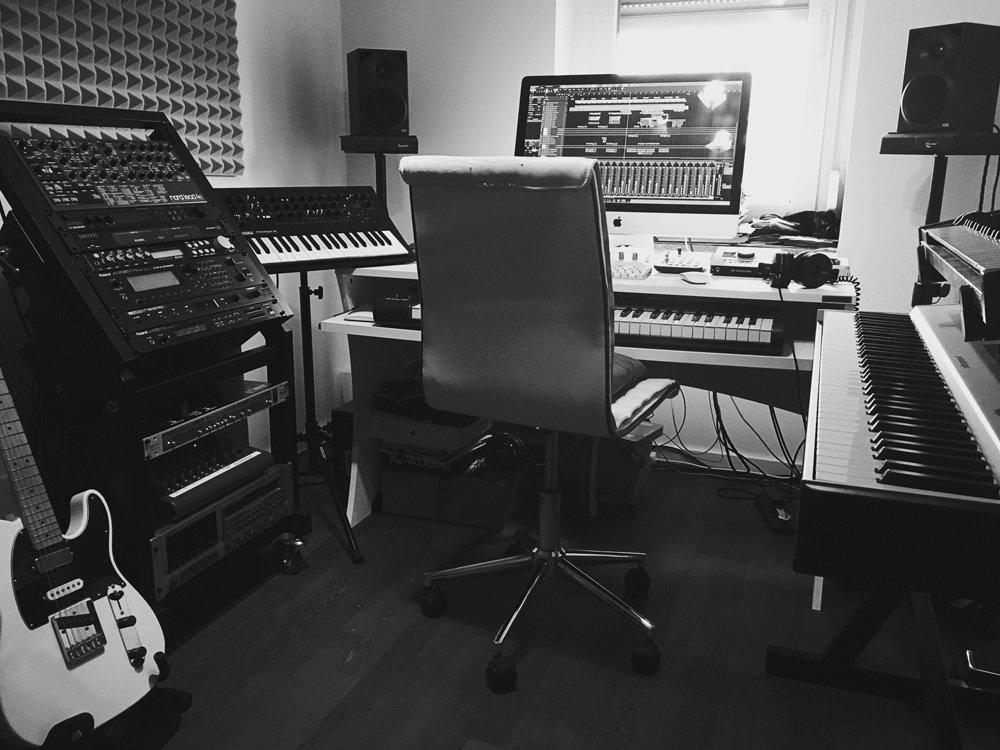 As an Independent Artist it has has become a vital part to collaborate with other Artists and Musicians all over the world. Actually it has been Remix work that got me back into Music Production again in 2015 after a really long break when I produced Remixes for John Kunkel and his Band THE NEW DIVISION, followed by a Remix for our long time friend Heiko Maile for his band CAMOUFLAGE for the Single “Count on me” ft. Peter Heppner. That was the starting point to get in touch with Frank again regarding a comeback of SEA OF SIN. The picture above shows the Studio that has been growing accordingly the last years and where I produce all the Music.

Last year we had so many great Artists and Producers involved in all the Remixes for our Songs “You” and “What are You waiting for?” including MESH from the UK, BLUME from Italy, THE NEW DIVISION from the US and many more. We can’t thank them enough! As a final highlight we released the Album THE REMIXES last November with a great selection of those Remixes. Though we really appreciated all the Mixes produced we had to cut down to Album length in the end.

In 2020 it will be our turn to provide other Bands with SEA OF SIN Remixes, with the first two releases already settled. The first one will already be released on Tuesday March 17th: we provided a Remix for British Act MINUTE TAKER, aka Ben McGarvey, for his great Song “Hearts” which we gave quite a different twist. So go check it out beginning Tuesday next week!!

REMIXES by SEA OF SIN: