From the past to the future 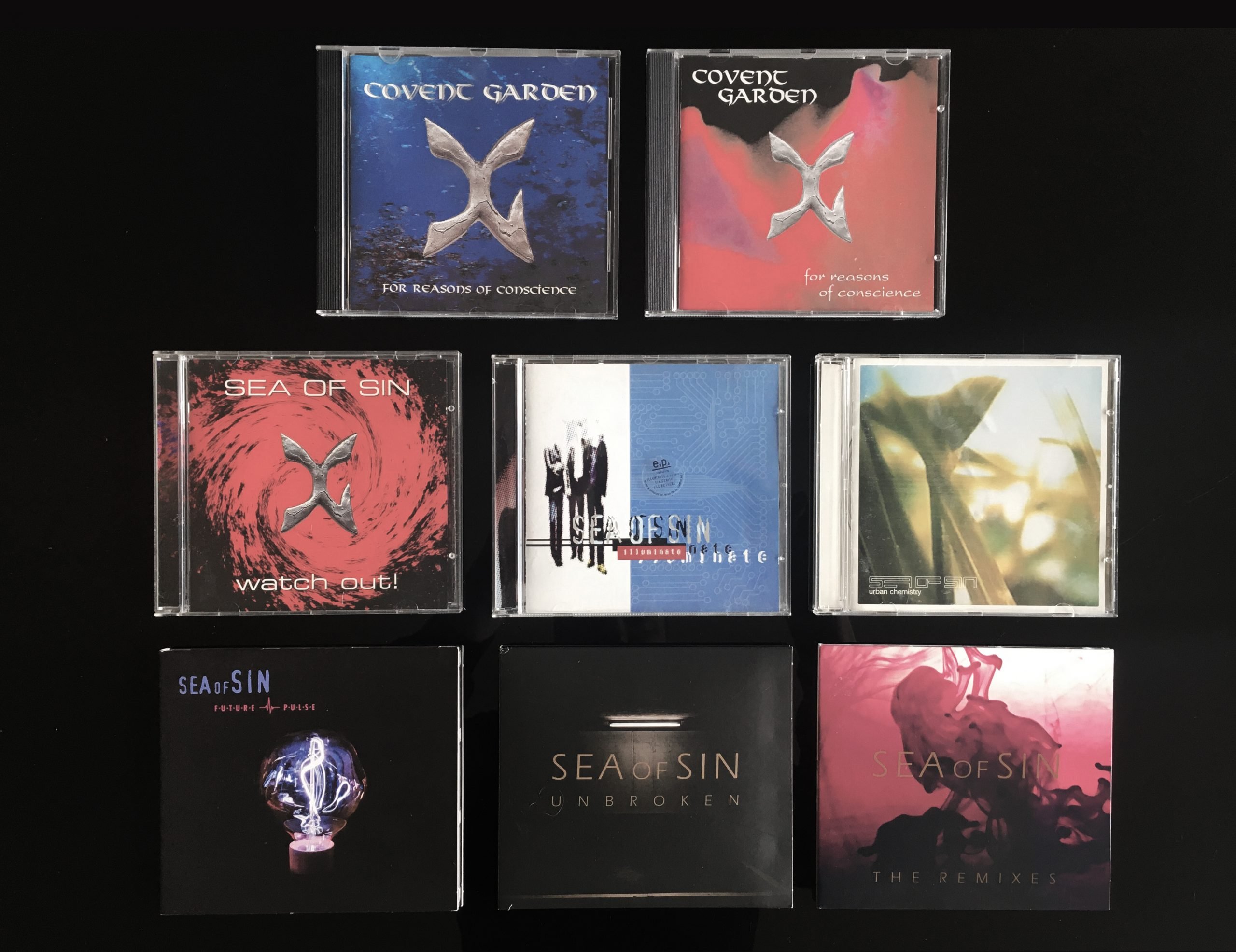 One thing is sure: We have come a really long way to be at the point we are today. Frank and I took our first musical steps in the beginning 90s when we formed our first Synthpop band and recorded our first CD shortly after under the band name Covent Garden. We signed our first record deal with a Hamburg based Indie label and were eager to release our Debut Album “For reasons of conscience” in 1994. But things went differently.

We had to change our band name due to legal issues – the birth of SEA OF SIN in 1994. So we signed a new record deal with Dortmund based label Subtronic Records where we released the debut album with new title “Watch out!”. This was the first huge step for us as a band. This album featured all our great Songs from the early years such as “Truth”, “I live my life”, “Last Day in Paradise” and “Deep Inside”. We were still a group of three as founding member Dirk (on the left) was still on board – he left the band in the late 90s. 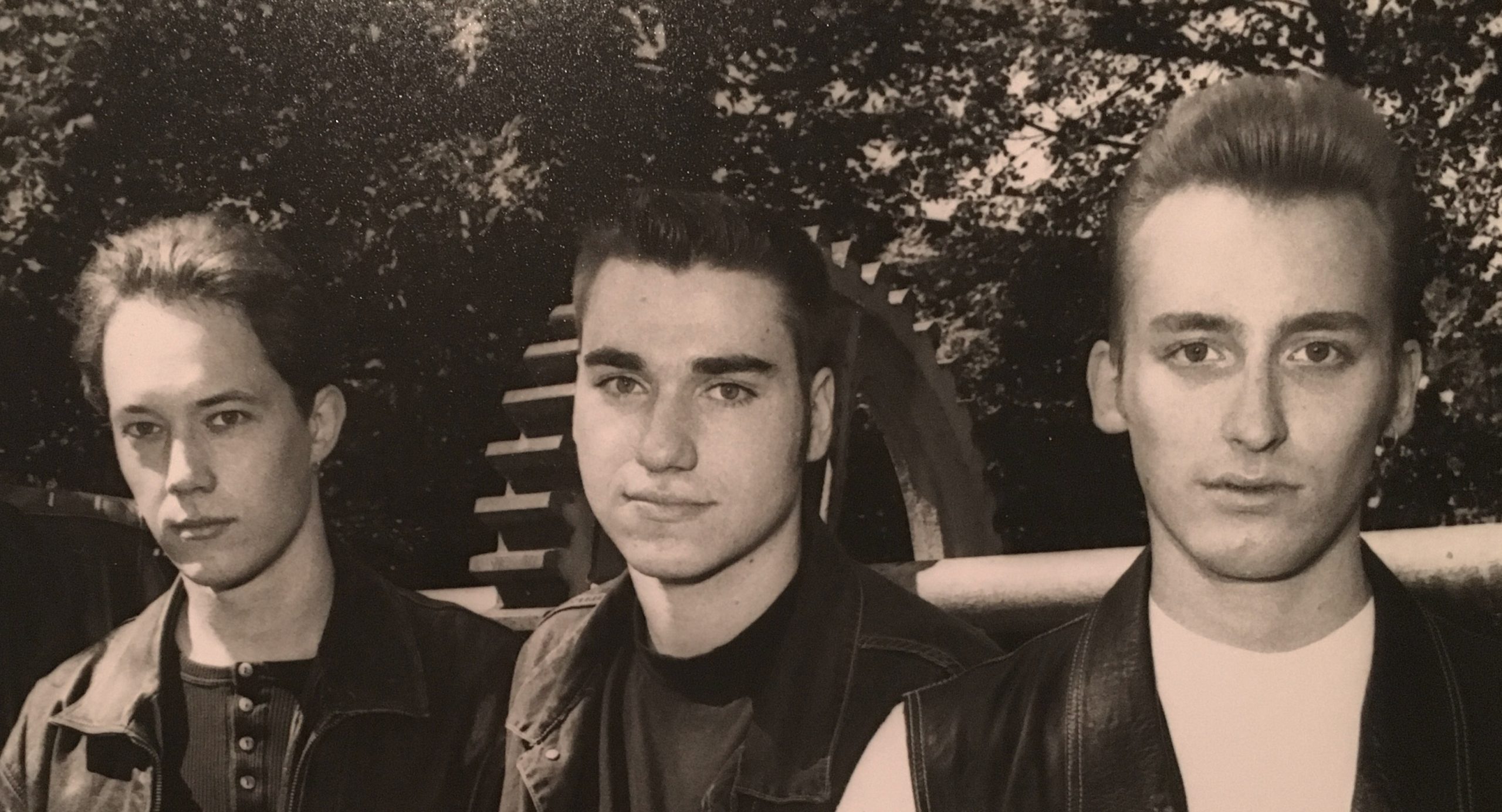 At that time we got to know Heiko Maile from CAMOUFLAGE whilst working on another project we were running at that time where Heiko was one of the Producers hired by the Management. Well things went their way and we got to know Heiko much better and were able to win him as producer for the upcoming EP “Illuminate”. He produced the Single “Illuminate” and the Songs “Sin.cerity”, “I’ll be there” and “Save our Souls” and the EP was released in 1997 by Subtronic Records.

In these years Music Industry slipped into the first big crisis with platforms like napster rising up. Unfortunately our Record Label was affected and was forced out of business. We took another try to reach fans globally with the release of “Urban Chenistry” via Label Synthphony Records from the US. This Album was our “Best of” compilation of the previous years. Unfortunately the Indie Music Scene was further on its way down and SEA OF SIN slowly faded in the early 2000s.

As already mentioned in our prvious post it was Music and Remix collaborations that brought us back on track and helped us re-establishing the Band in late 2017. Since then things really went great and we were able to release the comeback Album “Future Pulse” in 2018, followed by numerous Single releases, the follow up Album “Unbroken” and the compilation “The Remixes” featuring some of the great Remixes produced by such great artists as MESH, BLUME, THE NEW DIVISION, UNCREATED, PARALYSED, OREN AMRAM and MINDBEAT – ROTOSKOP – KHIBOU (big shoutout to Klaus Gratzel, the mastermind behind these projects).

An important step for us was the signing to Record Label 7music run by former DEPECHE MODE promoter Hansi Derer in summer 2019 who are now our new home for all releases. The next release will be the official DIGITAL re-release of our 2000 album “Urban Chemistry” on March 20th. Thanks a lot also to Heiko Maile who made this possible as he is part-owner of the publishing rights of the above menetioned tracks – and was also affected by the bankrupt of the Music Label in 1997. Let’s give this release and Music the attention it deserves!